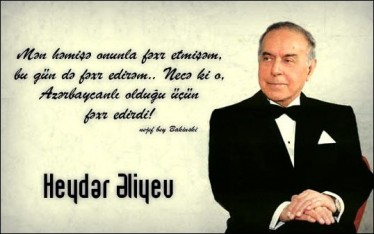 History : The decision on establishment of university in Baku was made on 01 September 1919 during the assembly of the Azerbaijan Democratic Republic’s Parliament –  a new educational center, where Europe and Asia joined was created. The University started its 1steducational year with two faculties – faculty of philology and medical faculty with 1094 students. The 1st rector was the professor of the Kazan University, well known surgeon V.I. Razumovski.

The leading teachers of the University in 1920-30 were the genius Azerbaijani writer Abdurrahim bey Haqverdiyev, well known orientalist – Profesor P.K. Juze, Proffesor A.O. Makovelski, Professor A.O. Mishel and other well-known scientists. During that period the administration of the university invited famous teachers to Baku. N.Y. Marr, V.V. Bartold, the academician of the Eastern Science Academy FuadbeyKuprulluzadewere among these people. The well-known fellow countryman, laureate of the Nobel award L.D. Landau studied at the university during  1922-1924.

Unfortunately, in 1930 the university was liquidated according to the decision made by Council of the People’s Commissar on reorganization and instead there was created High Pedagogical Institute. Only in 1943 the State University resumed its activity and very soon became the Republic’s leading scientific-pedagogical center. Despite the great shortage of university teachers due to the fact that most of them went to Second World War, the university managed to keep its leading position. In 1945 the teachers of the University took active part in foundation of The Azerbaijan Academy of Sciences. Most of the University’s functioning in the Republic, such as Azerbaijan Medical University, Azerbaijan State University of Economics, Azerbaijan State Pedagogical University and others were founded on the basis of our University. The years following after the year 1969 can be considered as the years of development in the direction of knowledge and science. This is related with the coming of the world known graduate of the university Heydar Aliyev to the governing of Azerbaijan. Covering the wide historical period of time, during those years there were founded faculties on modern specialties, departments and about 30 scientific research laboratories started their activity. As a result a strong assurance of future development was created.

Baku State University is known as a leader of educational institutions, has a rich history and today it is known as one of the most famous scientific and educational centers of Republic of Azerbaijan. The University has been the center of thought and national thinking. Azerbaijan’s famous politician, Heydar Aliyev and thousands of well-known scientists, intellectuals, and outstanding diplomats have graduated from this university.

According to the decree of our national leader Heydar Aliyev dated June 13, 2000, the university got the status of autonomy, and began to implement its activity on the basis of its own statute.

Every year, thousands of young people do their best to pass difficult competition, to enter Baku State University: the competition is 3 persons per place of the faculty; sometimes it reaches 10 persons per place of the certain faculty. Every year 40 of the 100 best entrants, are awarded by the president of Republic of Azerbaijan for their high results in education to “presidential grant” on behalf of BSU.

Lately, the university prepares professionals in such new specialties such as Inspectorate of earth crust and Ground structure, Soil cadaster, German language, German literature etc. The University takes care of its students providing labs and auditoriums equipped with necessary material and technical basis.

The main goal of the University is to train professionals with free and creative thinking based on democratic values.

In a pair with paying attention to teaching the main specialties, the University does great work on teaching of foreign languages. For this purpose more than 10 linguistic rooms based on new educational technologies were given for students to use. The University library has more than 2.5 million books, and its 12 reading rooms, 5 subscription departments systematically serve more than 15 thousands of students and teachers.

At the same time the University is the center of 37 scientific research and teaching labs which cover not only natural but also humanitarian spheres.The Scientific Research Institute of Applied Mathematics and Scientific Research Institute of Physics Problemshave more than 200 employees. Here also are taught such disciplines as refinements of Azerbaijani language, its history and literature, genetics, nanotechnology, invention of nanomaterials and other wide spectrum fields.