The meeting between the experts of the “Twining” program of the European Union and the staff of Baku State University was held at BSU. The Resident Adviser of the “Twining” program Reijo Dhoainen, the Estonian representative of the program Mati Heidments, the representative from Finland Karl-Erik Mickelsen and the representative of the Ministry of Education shared their opinion and observations on European doctor education system. The current state of doctor education system in Azerbaijan, its main problems, its correspondence to European standards, the appliance of the credit system and many other questions were also discussed at the meeting.

BSU vice-rector on science and innovation Aydin Kazimzade, the head of Masters and Doctors Department professor Afat Mammadova,  the dean of the Department on Work with Foreign Students  Gulheiran Rahimova, the dean of the Faculty of Physics professor Mahammadali Ramaanov, PhD students and academic supervisors participated in the meeting. 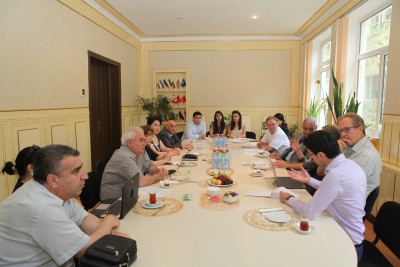 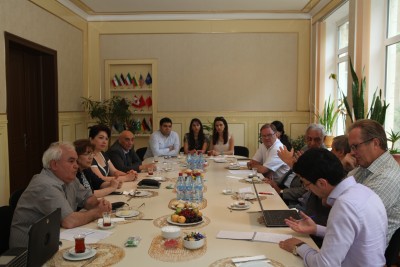